I ran a one-to-one mountain landscape workshop in Mynydd Du, The Black Mountain, in the Brecon Beacons National Park yesterday. It had snowed on Sunday night and the cold temperatures meant that the tops were still covered. High ground can easily be gained by driving over the mountain road from Brynamman and walking east from the car park to the summit of Foel Fawr.
The forecast was for clear blue skies which would not be good as there would be no interest/structure in the sky. As it turned out, we had the opposite problem as the mountain front to the north was creating a thick cloud bank.
We found some interesting foreground looking over to the Carmarthen Fans and the challenge was to create some sort of order 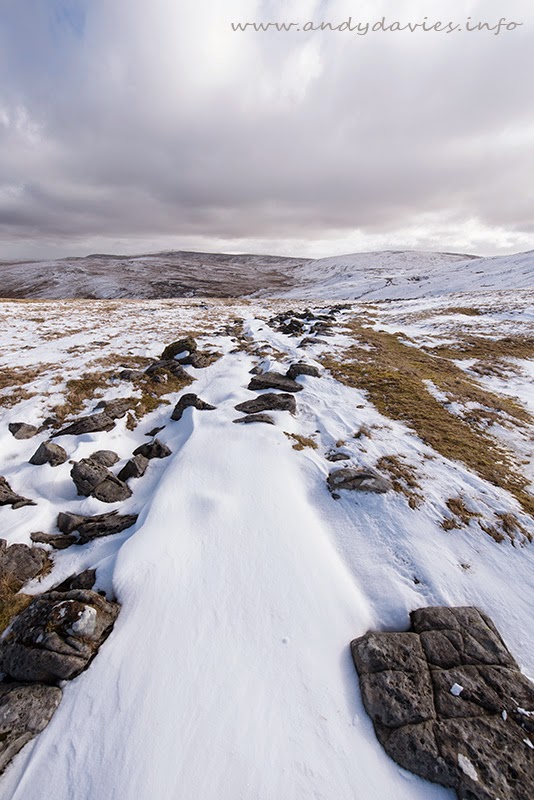 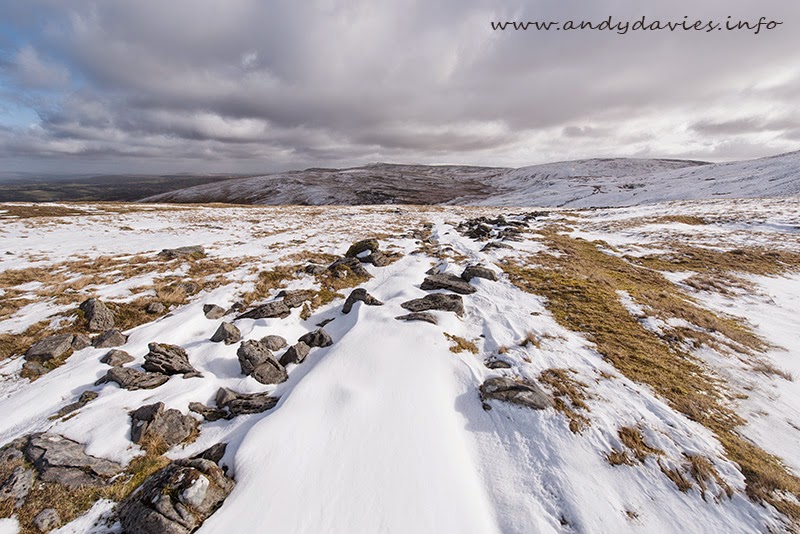 out of chaos, trying to find an arrangement that would would lead the eye to the mountains beyond. We waited and waited for a break in the clouds to hit the mountain slope in the background which would add depth and interest but we were unlucky on this occasion.

Following to the road to the north and then taking a narrow mountain road leads to some of the best viewpoints for Carreg Cennen Castle.
Posted by Andy Davies at 14:56